VS Battles Wiki
Register
Don't have an account?
Sign In
Advertisement
in: Unknown Tier, Oniwakamaru The Visitor, Manga Characters,
and 15 more

Abe no Seimei (Oniwakamaru The Visitor) 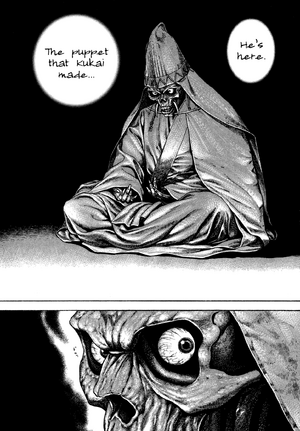 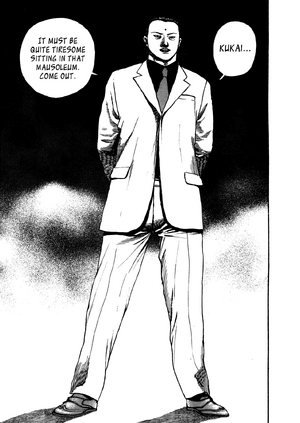 Abe no Seimei is the main antagonist of the manga, Oniwakamaru The Visitor

The world's strongest Sorcerer... and he was actually a Visitor. He plotted his resurrection from the world of the dead as Priest Anku, but his true identity was revealed due to Musashibō Benkei's betrayal

Attack Potency: Unknown (Haven't shown much feats in terms of physical Stats due to relying on his Abilities) | Unknown

Weaknesses: None notable | Needs to absorb 10 souls every day to preserve his body

Delude of the Devil: Controls the opponent with lies

Nom: Absorbs the soul of the opponent

Astral Body: Creates an Astral Body where he can move around with it

[Astral Body] Is a ghost

Sealing: Can seal the power of Hitori Tachibana

Familiars: Summons Familiars around him

Mind Control: Controls the mind of his opponents by looking at them

Absorption: Can swiftly suck the souls of people

Barrier: Creates a barrier around him

Resurrection: Can resurrect after he dies