VS Battles Wiki
Register
Don't have an account?
Sign In
Advertisement
in: Tier 7, Tier Low 7-B, Characters,
and 20 more 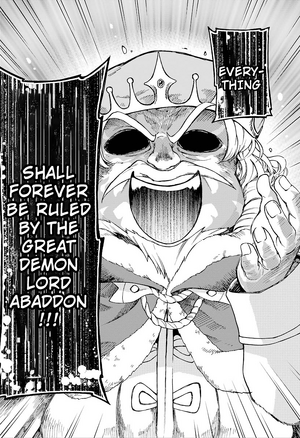 Abaddon is the Demon Lord of Locusts who took over the body of the King of Azami Kingdom with the goal of conquering the country and eventually the world.

Speed: Subsonic (Kept up with Marie[8])

Durability: Small City level (Marie's magic spells were unable to harm him, with her considering only her runes would work on him[10])

Stamina: As a Demon Lord, Abaddon possess an immense magic power which terrified all soldiers of the capital and even surprised Marie.[11]