VS Battles Wiki
Register
Don't have an account?
Sign In
in: SCP Foundation, Memory Users, Leaders,
and 23 more 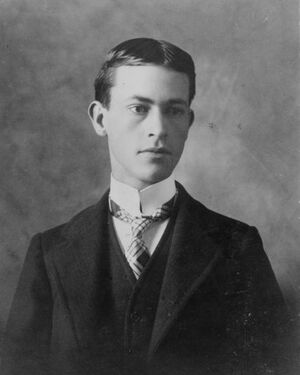 Accounts of Aaron's activities with The Foundation are inconsistent and hazy, possibly even more so than standard for O5 Councilmembers. According to one source, he found a break in reality, The Spiral Path, which was used to create equations that resulted in every other SCP known to The Foundation. Afterwards, he disappeared, having converted himself into a living anti-meme, and used his position to control The Foundation and every Group of Interest known to it. In another record, he lead a project with the intent to create SCP-001, an anomalous superweapon with which he could destroy the Kingdom of Abaddon, a growing empire of reality benders. After completing the project and doing so, he killed Administrator Williams, intending to kill "the cancer" at the heart of The Foundation, and left to form the Chaos Insurgency, but eventually returned to The Foundation and effectively controlled it from the shadows. Much further along, he faces off against Calvin Lucien in the latter's quest to eliminate the O5 Council, ultimately dying at his hands.

Tier: At least 10-A, at least 2-A, likely Low 1-C, possibly higher with Lucifer's Sword, Varies with Preparation

Name: Aaron Siegal, O5-1, SCP-055, colloquially known as "The Man With the Infinity Gun" according to The Black Queen

Peak Human Physical Characteristics, Immortality (Types 1, 5, and 8; struck a deal with death, allowing him to live forever as long as O5-13's body remains in a perpetual state of undeath), Genius Intelligence, Extrasensory Perception (Capable of seeing the "threads" that compose the universe), Stealth Mastery, Hacking, Preparation, Reality Warping, Physics Manipulation (Can manipulate the "threads" that make up the universe through various means and his equations can control the laws of physics), Time Manipulation (Used The Spiral Path to reset the universe), Precognition (Predicted the fall of the O5 Council and knows all things that The Foundation will contain in the future), Power Nullification (Has a portable Reality Anchor), Heat Manipulation (Lucifer's Sword emits immense heat), Fire Manipulation, Teleportation. Resistance to Death Manipulation (The terms of the O5's contract with death make it so the latter is unable to claim their lives in any fatal incident), Fate Manipulation (Death itself personally steered the O5 from the hand of fate), Mathematics Manipulation (Derived SCP-033 and both him and his formulas were unaffected), Mind Manipulation, Biological Manipulation (As an O5, he should be inoculated against a wide variety of memetic kill agents that permanently cease brain function or cause cardiac arrest), Memory Manipulation (All O5s have an mnestic regiment which allows them to perceive and remember anti-memes, such as the tower that O5-13's body was hidden in)

Attack Potency: At least Athlete level (Comparable to Calvin Lucien), at least Multiversal level+, likely Low Complex Multiversal level, possibly higher with Lucifer's Sword (Repeatedly clashed with the Spear of the Non-believer, which is capable of killing Low Elder Gods such as Nahash). Varies with Preparation (While the exact extent of what he can create is unknown, he easily orchestrated the creation of Mekhanite and Sarkic cults around the world and likely knows all of their rituals. Additionally created and directly controls The Global Occult Coalition and Marshal, Carter, & Dark. Personally created a large amount of SCPs and is implied to be able to do so on relatively short notice. Created The Children as a means to destroy the Kingdom of Abaddon, whose titular ruler was either comparable or vastly superior to Doctor Wondertainment. Implied to have created SCP-1548-EX)

Stamina: Unknown, likely Above Average (Often stated as having spent inordinate amounts of time working on his equations and his documentation as SCP-055 doesn't mention any instances of sleep or sleep-like activity)

Intelligence: Supergenius (Single-handedly controls The Foundation, even up to the O5s, and masterminded the formation of most Groups of Interest, stating that everything The Foundation and its related groups does and knows is because of him, and every idea and thought in their members' minds was given to them by him. Created formulas that resulted in the appearance of all SCPs, including SCP-682, 610, 354, 231, 076, 014, 008, and the Telekill Alloy. Turned himself into SCP-055 in only a few months of work without any outside help. Knows everything that The Foundation has contained, is containing, and will ever contain, likely also knowing how such things are contained along with any other relevant information)

Weaknesses: Very arrogant, considering normal humans "insignificant insects" and calling himself a mortal god. Activating his Reality Anchor rapidly ages him, as his anomalous life-extension is negated by it.

Note: While SCP-055's file states that it is possible to remember what it is not, Playing God, where Aaron Siegal has turned himself into an anti-meme, contradicts this, as Aaron edited the file to refer to himself as "not circular" and states that nothing else about him can be remembered. Playing God is the winner of a question-based writing competition for what happened to Aaron Siegal, so this is the accepted canon by a large amount of other writers.