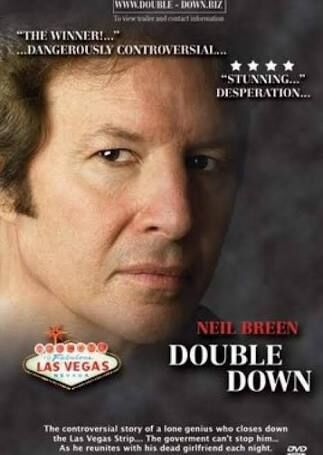 A distraught and isolated individual, bittered by the death of his girlfriend by the hands of the government, Aaron Brand can be best described as a lone genius, living primarily in the desert and subsisting solely of canned fish, he works as a freelance agent and mercenary for any government or organization that necessitates his services, earning their recognition as an archetypal mercenary and spy, having earned countless medals and dispatched of countless criminals over the years, all while struggling with the constant pain of loss that wears down at him, and being in an alleged personal "quest", although what he searches for is never really clarified, and his motives remain vague and undefined, as his tortured mind seemingly forms delusions of his past and of his lost loved ones that both haunt and support him.

Age: Unknown, likely in his 50s

Powers and Abilities: Genius Intelligence, Hacking, Limited Light Manipulation, Invisibility and Death Manipulation with satellites (Remotely controls satellites which allow him to make a small area invisible for outsiders, and project force shields which cause instant death upon intruders), Preparation, possibly Healing and Resurrection (Claimed to have healed a little girl of brain cancer through a mysterious power bestowed upon him, and was confident on his capability to resurrect his dead fianceé through the same power. Although these claims could be delusions of some kind), Stealth Mastery and Weapon Mastery, can spread diseases and toxins through several means, having planted biological bombs throughout several major cities around the world, which will inevitably be set off if he does not input a special code on a satellite every three days

Attack Potency: At least Athlete level (Claimed to be one of the best agents of any government, both in physical and technological fields, and is responsible for the death of many white collar criminals slain over the years. Stated to have "bio-electrical medical implants" in his body in order to assist in his missions)

Range: Standard Melee Range; Up to several meters through firearms. At least Countrywide via hacking.

Standard Equipment: An assortment of laptops and cellphones, as well as parabolic antennae which he utilizes in order to remotely control satellites systems in orbit. Additionally, he has access to, and can produce several types of lethal chemicals and biological weaponry.

Intelligence: Aaron Brand is, simply put, an unparalleled genius within his area, having a natural inclination and disposition towards technological fields, possessing a vast amount of experience which, alongside his bitter mentality and abilities in relation to the tactical ground, make him a deadly menace in long-term battles, possessing a number of backup contacts and contingency plans in order to assist him in any important events and missions, with CIA Agents claiming him to be far beyond their ken and too smart for them to catch, describing him as a "magician", and with Brand himself stating that no organization can prepare itself against him, regardless of what they do. Having graduated as the top of his class in computer science, he dedicated years to serving his country's government, inventing many of the technological systems utilized by them which still remain in secrecy to the public, and being capable of casually countering and controlling anything they throw at him, with his sheer prowess over technological warfare having made the United States government itself extremely afraid of what he could potentially do, prompting them to kill his fianceé as a warning of potential danger. However, the areas in which he excels the most are undoubtedly biological and network-centric warfare, having casual access to a vast assortment of lethal substances and materials for the making of diverse bio-weapons, and being allegedly able to hack any system on the planet through nothing but a couple of (barely functioning) laptops and simple cellphones, themselves intrinsic parts of his setup, going as far as claiming that matters such as controlling the stock market, cutting the water supply for half of the country or depriving several major cities of electrical power are trivial feats to him, and that he is capable of both starting and ending wars through his computers.

Weaknesses: Due to the death of his fianceé, Aaron Brand became a bitter, isolated person hoarding great disbelief and resentment towards governments of any kind, eventually having developed severe depression and potential delusions relating to her and his loved ones.

Retrieved from "https://vsbattles.fandom.com/wiki/Aaron_Brand?oldid=6106704"
Community content is available under CC-BY-SA unless otherwise noted.