VS Battles Wiki
Register
Don't have an account?
Sign In
Advertisement
in: Tier 9, Tier 9-A, Tier 8,
and 36 more 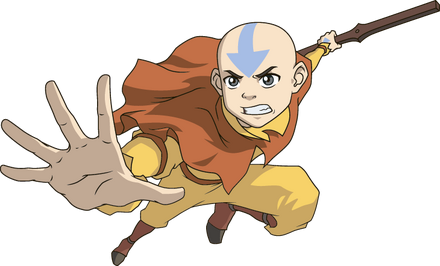 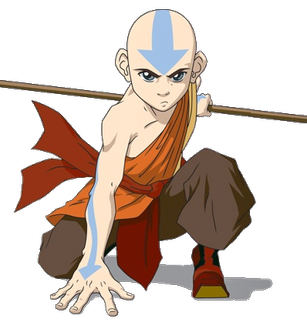 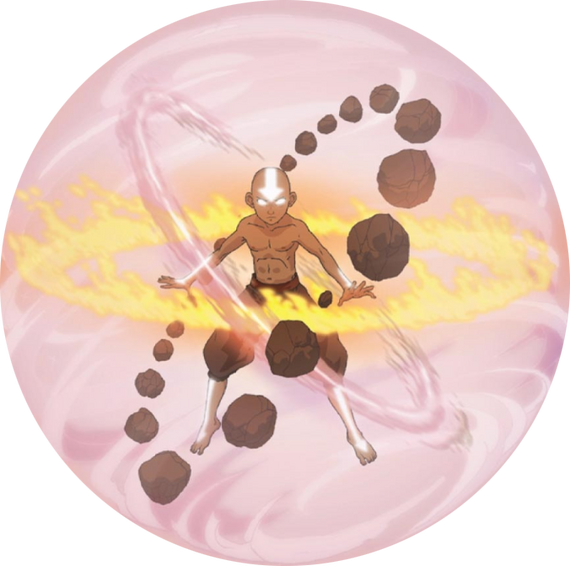 Aang was a male Air Nomad born in 12 BG and the Avatar during the Hundred Year War, succeeding Avatar Roku and preceding Avatar Korra. As the Avatar of his time, he was the only person capable of using all four bending arts: airbending, waterbending, earthbending, and firebending. He was also one of a select few Avatars and one of the first in many cycles to learn the ancient art of energybending and the first Avatar known to have actively used the technique.

Shortly before the beginning of the Hundred Year War, Aang was frozen in an iceberg for a hundred years; he later emerged, still biologically twelve years old, into a world engulfed by war. During his absence, the Fire Nation had waged war upon the other nations and managed to completely wipe out the pacifistic Air Nomads. It fell to Aang, the Avatar and the last airbender, to end the War by mastering the other three elements and defeating Fire Lord Ozai. He remained a kind and goofy kid at heart throughout his year-long struggle, despite the overwhelming loss of his people and the heavy burdens he was forced to bear. After his victory over the Phoenix King, Aang began a romantic relationship with his close friend, Katara. The couple eventually married and raised a family of three children: Bumi, the oldest, a nonbender who became an airbender later in life; Kya, a waterbender; and the youngest, Tenzin, an airbender.

Attack Potency: Small Building level with Airbending (Can send people flying several meters. Can defeat regular benders with low difficulty), Building level with Waterbending (Harmed Zuko) | At least Small Building level with Airbending, Building level+ with Waterbending and Earthbending | City Block level with Bending (Can send rocks flying with this much force. Can partially block Combustion Man's explosions. Can put a decent fight with Ozai, though he was losing before he got into the Avatar state), far higher with Firebending During Sozin's Comet (Firebending is enhanced under the influence of the comet, and the comet was seen to be a turning point for the war. His firebending is this strong) | Town level (Showcased this much power against Ozai) | At least Large Mountain level+ (Should be comparable to other adult Avatars such as, Yangchen Kyoshi, Roku and his successor, Korra, who was able to redirect the energy of the Spirit Energy Cannon, which vaporized a large portion of a mountain. Also comparable to Avatar Kuruk, who can throw large landmasses around)

Lifting Strength: Superhuman (Lifted a rock bigger than himself, 1,300 lbs given the dimensions) | Superhuman | Unknown, Class M with Bending (Moved a large "pillar" of rock with Earthbending) | Unknown | Unknown

Stamina: High (Could train for several hours by repeatedly punching a tree despite already being severely sleep deprived)

Intelligence: Possesses a large knowledge in World History and cultures. He has learned the bending of each element very quickly. | Has the combined knowledge of all the past Avatars.

Weaknesses: Is a pacifist by nature, He refuses to take a life and is often overly forgiving unless friends' lives are endangered. While he greatly surpasses most benders, he still has some limits, he needs earth to earth bend and water to water bend. The solar eclipse disables his fire bending and the lunar eclipse disable his water bending. He has not fully learned to metal bend and must perform martial arts to bend the material.

Johnny Test (Johnny Test (Verse)) Johnny's profile (8-B versions were used. Speed was equalized. Johnny had none of his equipment. The fight took place in Ba Sing Se.)

Reptile (Mortal Kombat) Reptile's Profile (Aang's Waterbending, Earthbending and Avatar State was restricted, both were 9-A, speed was equalized, starting distance was 10 meters)