VS Battles Wiki
Register
Don't have an account?
Sign In
Advertisement
in: Tier 11, Tier 11-A, Characters,
and 12 more 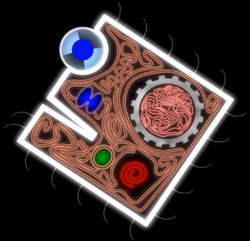 Classification: Two-dimensional being, Attorney at law

Powers and Abilities: Small Size (Type 9, is a two-dimensional being)

Intelligence: Average. Low when it comes to understanding things that require three dimensions to be understood (Though he does learn from experience later on)