VS Battles Wiki
Register
Don't have an account?
Sign In
Advertisement
in: Characters, Flatland, Male Characters,
and 9 more 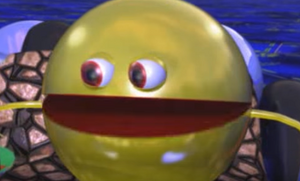 A Sphere is the deuteragonist of Flatland. He visits A Square in the second dimension to teach him the Gospel of 3D, and helps him experience the third dimension.

Powers and Abilities: Levitation, Vehicular Mastery, Minor Elasticity (Able to notably stretch his arms), Lower Dimensional Manipulation (Can physically touch and interact with 2D beings and phase part of his body into Flatland, using technology he pulled A Square out of Flatland)

Intelligence: Above Average (Spacelanders seem to be more technologically advanced than humans)