VS Battles Wiki
Register
Don't have an account?
Sign In
Advertisement
in: Tier 7, Tier Low 7-C, Unknown Tier,
and 14 more 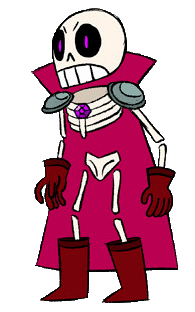 A Real Magic Skeleton, or RMS, is a minor character appearing in OK K.O.! Let's Be Heroes series. A magically enchanted skeleton, he works at iFrame Outlet along with his friend, Brandon.

Attack Potency: Small Town level (Should be roughly comparable to other low level Heroes such as Rad, Can hurt Darrell and Shannon in the game OK K.O.! Let's Play Heroes)