VS Battles Wiki
Register
Don't have an account?
Sign In
Advertisement
in: Tier 7, Tier 7-B, Tier High 7-A,
and 24 more 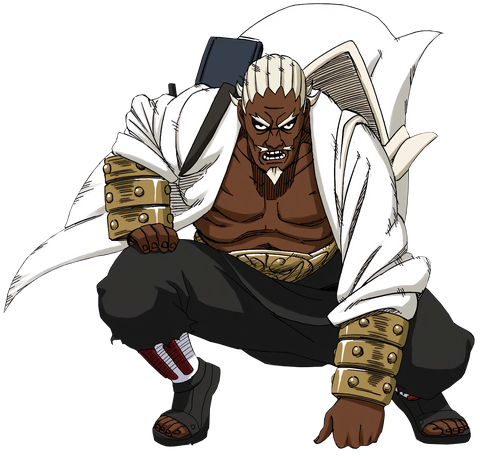 A (エー, Ay) is the Fourth Raikage (四代目雷影, Yondaime Raikage, Literally meaning: Fourth Lightning Shadow) of Kumogakure. His partner and brother is Killer B.

Tier: At least 7-B, High 7-A with V1, higher with V2, even higher with Ōnoki's enhancement

Powers and Abilities: Superhuman Physical Characteristics, Taijutsu Expert, Acrobatics, Chakra Manipulation, Afterimage Creation, Lightning Manipulation, Earth Manipulation, Water Manipulation, Statistics Amplification (Shinobi are capable of enhancing their physical capabilities with the use of chakra. The Shunshin no Jutsu allows Shinobi to greatly enhance their speed by focusing chakra in their feet[1][2][3]), Surface Scaling and Water Walking (By focusing chakra at the soles of their feet, Shinobi can scale and cling to vertical surfaces, and even walk on water[4][5]), Minor Illusion Creation and Duplication (With the Clone Technique[6], Shinobi can create illusionary duplicates of themselves that have no physical substance), Shapeshifting (With the Transformation Technique[6], Shinobi can transform themselves into other people, animals, plants, and even inanimate objects, such as weapons), Paralysis Inducement (With the Temporary Paralysis Technique[7], Shinobi can completely paralyze their targets from close to mid range), Immense Pain Tolerance (He didn't even flinch when he cut off his own arm, which was burning at the time), Resistance to Extreme Heat (His Raiton Armor can withstand Amaterasu's heat for a relatively long time)

Attack Potency: At least City level (Could damage Guruguru’s Buddha Statue and shatter one of its arms[8]), Large Mountain level with V1 (Consistently overpowered KCM Naruto and sent him flying with his punches, with Naruto even praising his strength. He threatened to kill Naruto. He also matched B, and even overpowered him on occasion[9][10]), Large Mountain level+ with V2 (Far stronger than before due to his speed increasing, which also greatly increases his punching power[10][11]), even higher with Ōnoki's enhancement (Easily punched through Madara's Humanoid Susano'o, breaking its ribs and sending it flying[11])

Stamina: Superhuman (Cut his arm off without any apparent discomfort, can fight in the 4th Great Ninja War without being noticeably tired, also possesses chakra comparable to that of a tailed beast)

Intelligence: Is intelligent enough to become a leader of one of the Five Great Ninja Villages, as well as the supreme commander of Shinobi Alliance

Weaknesses: Quick to anger, only has one arm (Bee implied that his left arm is stronger than his right, lacks versatility compared to the other Kages)