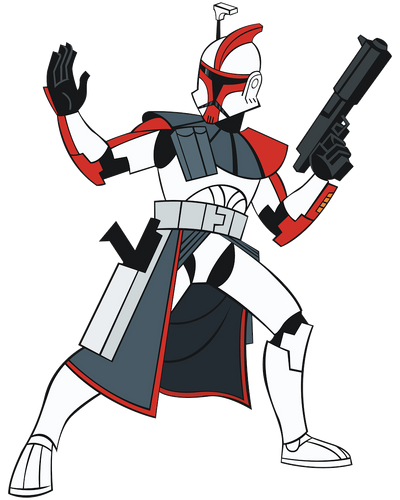 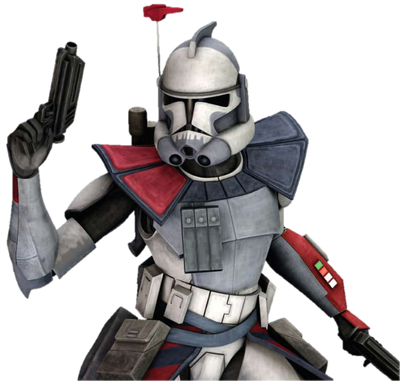 Advanced Recon Commandos, also known as Advanced Recon Clone Troopers or simply ARC Troopers, were an elite variant of Clone Trooper in the Grand Army of the Republic during the Clone Wars. They received specialized training plus equipment which made them more independent thinking and much deadlier than regular clone troopers. Although rare compared to regular clone troopers, they were among the most skilled soldiers in the galaxy and got results. Ten to twelve of them could covertly drop behind enemy lines and complete missions overnight that would take a battalion of normal clone troopers days to accomplish by conventional means. A large squad of them could even take down Jedi Knights.

Powers and Abilities: Peak human physical attributes, master hand-to-hand combatants, Master marksmen, Expert strategists & tacticians, skilled with various melee weapons Including bladed weapons and staffs, Stealth Mastery, Skilled drivers/pilots, Skilled with demolitions/explosives, Flight (With a jetpack. The most notable users of the jetpack are Cody, Rex, and Wolffe, though all clones were trained to use a jetpack if a situation deemed it so)

Attack Potency: Wall level physically (They can take down B1 battle droids with their bare hands and can even contend with BX-series droid commandos in melee combat). Small Building level with blasters (Their heavy blaster pistols and blaster rifles pack such firepower). Large Building level+ with heavy weapons and explosives (Class-A Thermal Detonator have these kind of yields and the PLX-1 rocket launcher packs an even bigger punch)

Speed: Peak Human with Subsonic combat speed and reactions (Can react to blaster fire), Subsonic flight speed with jetpack (Up to 145 km/hr)

Durability: Wall level without armour (Can take blows from a BX-series droid commando. ARC Troopers should be at least as durable as or even more so than regular Clone Troopers, such as the likes of Commander Grey and Captain Styles, who were uninjured and able to stand up again just fine after being hurled head-first and without their helmets on into a solid metal wall with such force as to put cracks in said wall and send chunks metal and other material flying out). Wall level with armour against physical strikes (Their armour is likely about as tough as the Mandalorian armour on which it is based - which allowed one wearer to walk away mostly uninjured from being knocked into a wall with enough force to put large cracks in it) and Small Building level against blasters (Armour plating made of a material which can disperse the energy of at least one or more blaster bolt hits which can result in the wearer being in pain but otherwise fine. Captain Rex has, on two occasions, survived shots to the chest from military grade blaster rifles and even a sniper rifle and still retained consciousness. Commander Thorn took a shot from a commando droid's E-5 rifle to the chest and continued fighting; he took three more hits to the chest and still retained consciousness, being finally killed only after a fourth well placed shot to the center of his chest)

Intelligence: Quite High. ARC troopers have repeatedly proved themselves to be highly skilled and dangerous combatants. They are also capable strategists, tacticians and leaders who can complete missions by making most of the men and resources they have at their disposal. 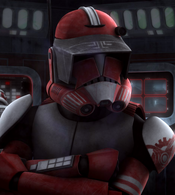 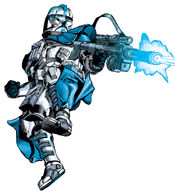 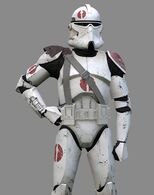 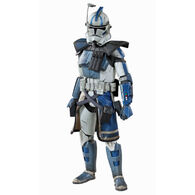 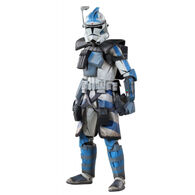 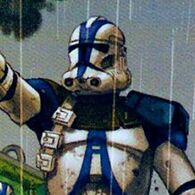 Commander Ponds
Add a photo to this gallery

Captain Rex in Phase I armor with a jetpack