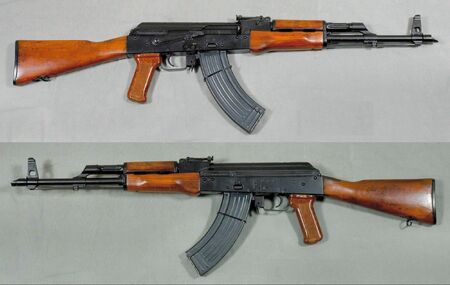 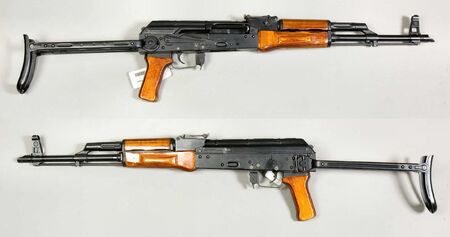 Introduced into service with the Soviet Army in 1959, the AKM is the most ubiquitous variant of the entire AK series of firearms and it has found widespread use with most member states of the former Warsaw Pact and its African and Asian allies as well as being widely exported and produced in many other countries. The production of these rifles was carried out at both the Tula Arms Plant and Izhmash. It was officially replaced in Soviet frontline service by the AK-74 in the late 1970s, but remains in use worldwide.

Wielders: Various military, security, and other types of forces all across the world

Range: Maximum effective range is up to 350 meters

Weaknesses: Requires some maintenance once in a while to perform at peak potential, otherwise none notable.

Retrieved from "https://vsbattles.fandom.com/wiki/AKM?oldid=5437530"
Community content is available under CC-BY-SA unless otherwise noted.