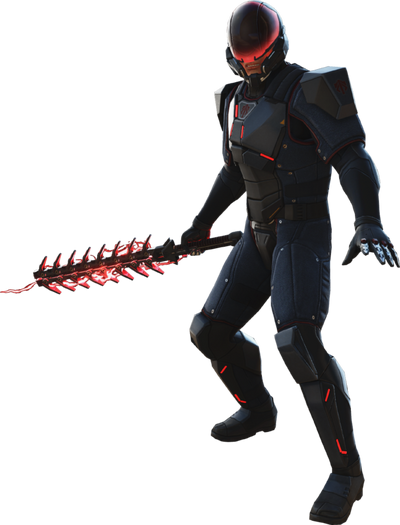 Gender: Unknown (Could be either male or female but genetic modification makes it hard to identify if there could be a gender)

Intelligence: Above Average (Are connected to a psionic network that provides tactical information).

Weaknesses: They barely use their rifles as they prefer to engage in close combat (Attacks are sometimes “suicidal”), must be directly interfaced with hacking target.

Feats: Are capable of knocking out an XCOM soldier with one blow of the Stun Lance (although this is rare). Peak Human aiming, Superhuman in more advanced forms.

Retrieved from "https://vsbattles.fandom.com/wiki/ADVENT_Stunlancer?oldid=6983921"
Community content is available under CC-BY-SA unless otherwise noted.