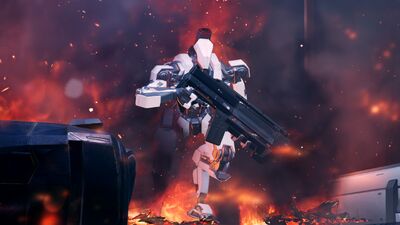 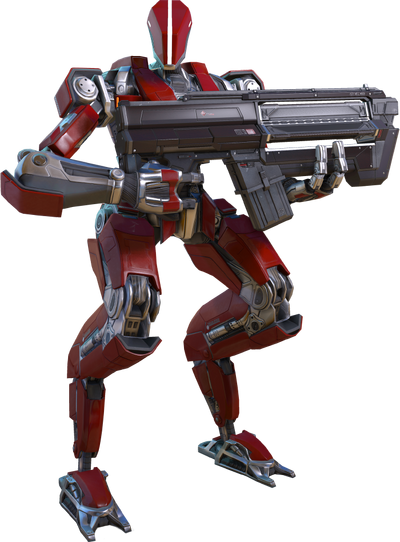 The ADVENT MEC is a robotic combat unit employed by ADVENT to serve as a commanding unit for the weaker pods of troops. The Heavy MEC is an upgraded version that the old version rotates out, and becomes the new commanding unit, as the basic version is put into a support role. Even further into the game, the basic version is fully rotated out and the Heavy MEC lands a support role, being led by an even more advanced unit.

Gender: None (Are Robots)

Range: Dozens of metres with Mag Cannon and missiles

Intelligence: Above Average (Is used as a commanding unit for weaker ADVENT forces)

Weaknesses: Susceptible to EMP weaponry, can be hacked (Requires hacker to be directly facing target)

Feats: A failed hack on this target either will increase the unit’s aim and defence, or proc reinforcements to arrive nearby. Immune to fire and poison damage.

Retrieved from "https://vsbattles.fandom.com/wiki/ADVENT_MEC?oldid=6950196"
Community content is available under CC-BY-SA unless otherwise noted.