VS Battles Wiki
Register
Don't have an account?
Sign In
Advertisement
in: Guilty Gear, Characters, Female Characters,
and 18 more 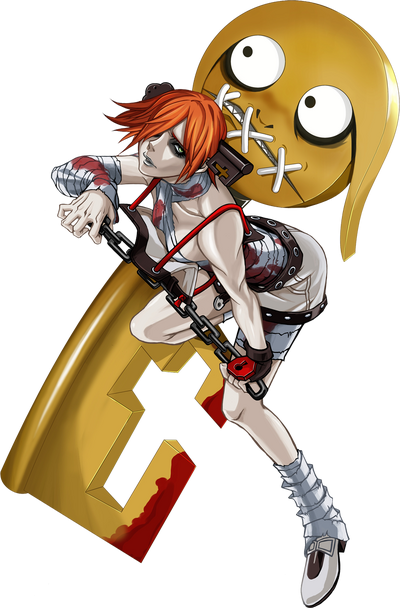 A.B.A (アバ, Aba) is a character in the Guilty Gear series. She is a homunculus from Frasco who makes her debut in the spin-off Guilty Gear Isuka. As of Guilty Gear XX Slash, she is now a member of the main series' cast.

Powers and Abilities: Superhuman Physical Characteristics, Mediumship, Extrasensory Perception (Can see souls), Regeneration (High-Low), Magic as Information Manipulation (Magic is product of information within the backyard), Blood Manipulation and Absorption (Uses blood to become stronger and can suck it up from enemies), Fire Manipulation and Electricity Manipulation, Creation, Gravity Manipulation and BFR (Able to send others to unknown realm by opening the door that suck them in), Paracelsus has Immortality (Type 5; Due to being Magical Weapon, he is half-alive)

Speed: At least Massively FTL+, possibly Immeasurable (Can keep up against adversaries like Slayer)

Durability: Low Complex Multiverse level (Was relatively unscathed after received Slayer's All Dead. However, he was holding back)

Intelligence: Average, she can be shy and jealous. However, she possesses fighting knowledge.

Weaknesses: When she is in Moroha Mode, she needs to feed Paracelsus with her blood to endure this mode, consuming her health in the process. 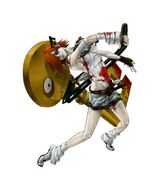