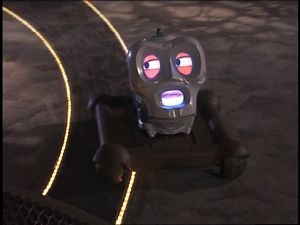 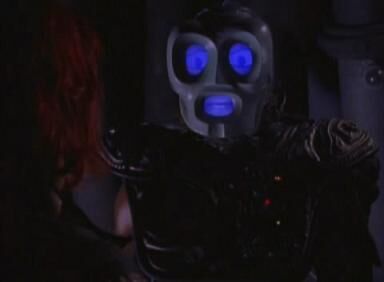 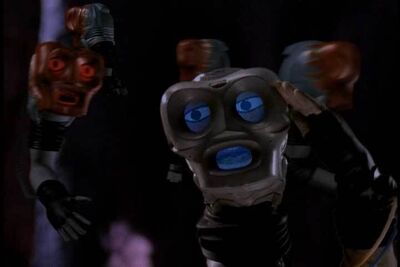 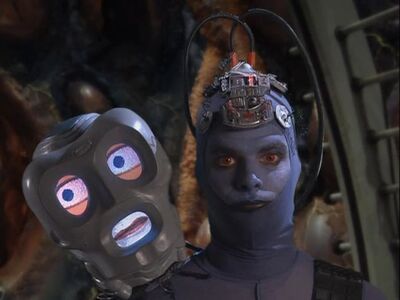 790 is a robotic character that is simply a head with three screens, two displaying eyes, the last displaying a mouth. His original semi-organic body was devoured by a Cluster Lizard, during Zev's Love Slave transformation. He received the brainwashing part of this transformation, and as a result, fell in love with Zev - the first person he saw when it was complete.

790's lack of a body is a constant source of frustration for him, and he generally gets around on the Lexx on a little motorized cart. In the Lexx 2.09 "791", 790 briefly gains a body: a 791 model robot able to retain a form of consciousness, even to the point of subverting any head attached to it (in the case of 790, making him a homicidal maniac). In a later episode, 790 is surgically attached to one of the Lexx's moth breeders and becomes 769 but eventually loses his body again. 790 was also once attached to one of Mantrid Drones in Lexx 2.20 "End of the Universe", which allowed him to create his own 790 Drones, but he lost that one too.

790 has a strong and unwavering hatred for Stanley Tweedle, and the two have constant childish arguments. 790 would gladly kill Stanley, and he comes close on several occasions. 790 is generally sarcastic and unhelpful to anybody except the person he is in love with, and as the series goes on he becomes increasingly erratic and cruel. Despite being just a head and therefore very vulnerable, 790 can be quite aggressive, growling like a dog when challenged. 790 is, however, also something of a coward, and will emit high-pitched shrieks when frightened. Basically, everything good about 790's personality is displayed only to the one he loves and no one else. 790 does have his uses, including its impressive computational abilities and absolute fearlessness when it comes to protecting the one he loves.

A small nodule of human brain tissue is stored in a "brain cube" that is embedded inside of 790's head, which is what gives him his personality and emotion. In Lexx 2.12 "Norb", 790's brain cube is destroyed by Norb and Kai must attempt to repair him by using some protoblood and the protein regenerator. Later in Lexx 3.1 "Fire and Water", 790 is damaged by Prince and Kai must again repair him, and the brain cube component is again seen.

Powers and Abilities: Limited remote control of machines, hacking, pseudo-genius | Can replicate himself, can breakdown and convert matter and energy, assimilation, flight, spaceflight (with possibly FTL), can swarm and combine mass to utilise gravity

Intelligence: Has a very powerful memory and computing capacity

Weaknesses: Easy to knock off of his equipment, it is easy to possess and tamper with, insanely love obsessed 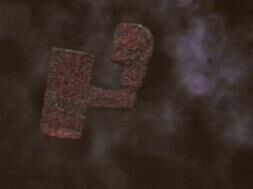 790 Drones combined
Add a photo to this gallery

Retrieved from "https://vsbattles.fandom.com/wiki/790?oldid=6950149"
Community content is available under CC-BY-SA unless otherwise noted.