VS Battles Wiki
Register
Don't have an account?
Sign In
in: Villainous, Tier 9, Regeneration Users,
and 9 more 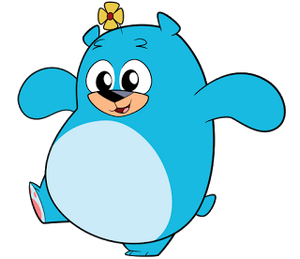 5.0.5. is Dr. Flug's attempt at an immortal being. Although considered a failure Dr. Flug continues to care for 505 who grows up in Black Hat Manor. In manor 505 helps with cleaning manor and caring for the inhabitants. 505 is commonly tormented by Dementia and despised by Black Hat.

Powers and Abilities: Superhuman Physical Characteristics, Social Influencing (Villains take care of 505 as well as heroes in some cases), Immortality (Types 2 and 3), Regeneration (High-Mid, has been stated to regrow from an arm then return as a baby), Summoning (With prep time to set up a circle on the ground, 505 can summon Black Hat), Resistance to Madness Manipulation and Empathic Manipulation (Prolonged exposure to Black Hat turns people into slaves, which had no effect on 505)

Attack Potency: Possibly Small Building level (Able to restrain Sunblast who was on par with Dementia)

Speed: Subsonic (Should be comparable to Dementia and Dr. Flug)

Intelligence: Likely Average (Able to follow basic orders but still acts extremely young. Once learned how to speak but Black Hat caused something to happen to 505 so he would never speak again)

Weaknesses: Does usually does not retaliate and mostly passive. Can only attack with hugs. Fears Black Hat