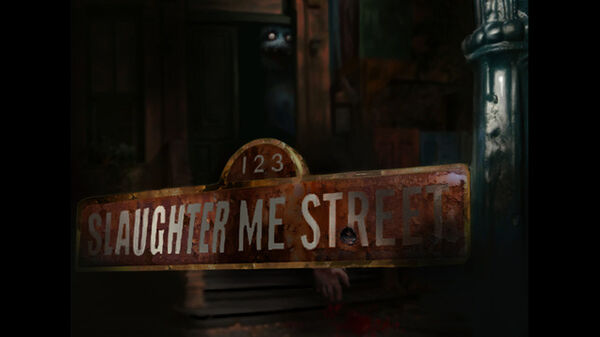 123 Slaughter Me Street follows the actions of Tim Denson, a puppet creator and tv entertainer (Created the Froggle Friends show) turned criminal and murderer, as he encounters his puppets who are trying to kill him. It is speculated that this is supposed to represent purgatory.

Though mostly a weak verse with most characters ranging from 10-A to 9-C, the most powerful character is the Nightmare, who is "9-A, possibly higher" with fire creation and has a range of decent abilities/hax. The verse is also quite durable with the Froggel Friends surviving the Nightmare's fires, making them "stone wall" characters. This also could be due to them being fire resistant, but that is unknown.

Start a Discussion Discussions about 123 Slaughter Me Street