VS Battles Wiki
Register
Don't have an account?
Sign In
Advertisement
in: Unknown Tier, Tier 9, Tier 9-B,
and 51 more 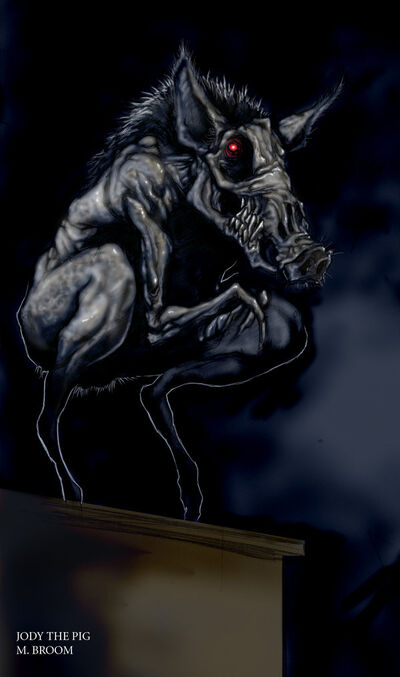 112 Ocean Avenue, which is possessed by various spirits and demonic forces (ex. Jody the Pig), is the main antagonist of the "true story": The Amityville Horror. The spirits torment the Lutz family who inhabits the house.

Tier: Unknown, at least 9-B, possibly 8-C with powers

Attack Potency: Unknown, at least Wall level (The entities possessing the house were able to rip doors off their hinges and destroy a heavy metal garage door. Jody is described as a giant hog, and the demons could overpower the Lutzs with ease), possibly Building level (Presumably caused lightning to strike). Ignores durability with various abilities

Speed: Below Average Human for the house (Stationary), Unknown, possibly Superhuman for the spirits (Presumably kept up with Father Mancuso's as well as being able to rush those in the house)

Lifting Strength: N/A for the house, Superhuman for the spirits (Shoved Father Mancuso's car off the road, could easily move the furniture and beds in the house, as well as members of the Lutz family)

Durability: Likely Large Building level (Some spirits seem bound to the house of 112 Ocean Avenue which is a large building)