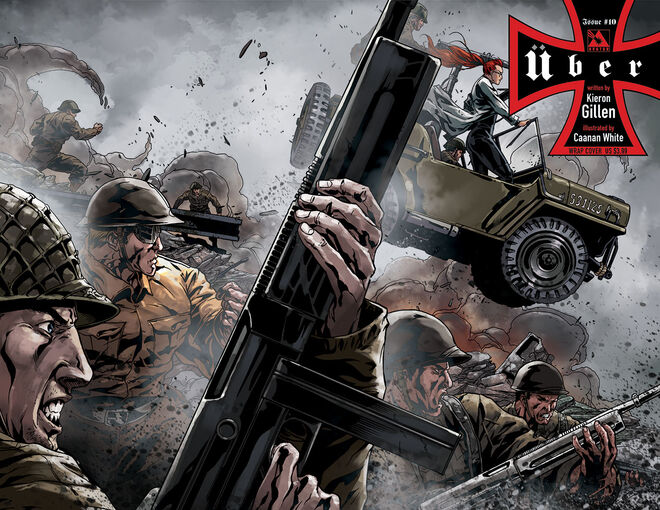 On April 1945, the war was ending, and Hitler was about to commit suicide. Then his attempt was prevented by the creation of the first Übermenschen. This warped the war into something far bloodier than anyone could have imagined. It turned into a battle of superhumans, as each country raced to gain superhumans of their own. There are many protaganists who are on both sides of the war.

This is an average powered verse. The top tiers are special battleships and are at least Multi City Block level. The lower tiers range from Multi City Block to Wall level. The Classes of Übermenschen vary from Battleships (the strongest) to the V1 Tank-Men and Geltmensch. The verse has some atomic and telepathic hax.

Retrieved from "https://vsbattles.fandom.com/wiki/%C3%9Cber_(Comic)?oldid=6486206"
Community content is available under CC-BY-SA unless otherwise noted.