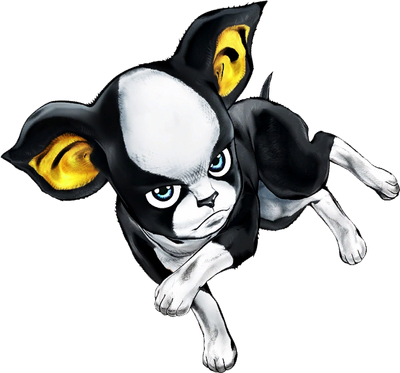 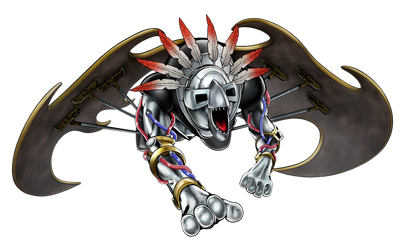 Iggy is a major character in the second half of JoJo's Bizarre Adventure Part III: Stardust Crusaders. Once a pure-breed champion turned into a "king" of stray dogs in the slums of New York, he is captured by Muhammad Avdol and Joseph Joestar in order to aid them in their journey to Egypt to defeat Dio Brando.

Powers and Abilities: Superhuman Physical Characteristics, Enhanced Senses, The Fool which has Sand Manipulation (The Fool is entirely made up of sand and can manipulate it to a fairly high degree, allowing him to build small structures or even wings through the material alone), Shapeshifting, Flight, Non-Physical Interaction (The Fool is capable of interacting with stands)

Speed: Subsonic (Interrupted Pet Shop before it could kill a boy) with Massively FTL reactions. Massively FTL with The Fool (Blitzed Silver Chariot in its initial meeting)

Durability: Small Building level (Survived attacks from Horus and Vanilla Ice). At least Small Building level  (It can somewhat block attacks from Horus by forming itself into a fortress underwater), possibly Building level (Can restrain Silver Chariot's blade by forming around it, and Silver Chariot could not cut it even without Iggy employing his stand's elemental intangibility. Avdol stated Polnareff had no way to defeat The Fool, and even Jotaro was doubtful that Star Platinum could defeat it) with The Fool

Stamina: Superhuman (Was able to fight Vanilla Ice after being severely injured by Pet Shop)

Range: Around 5 Meters with The Fool

Retrieved from "https://vsbattles.fandom.com/wiki/Iggy?oldid=5830371"
Community content is available under CC-BY-SA unless otherwise noted.